Both the General Services Administration (“GSA”) and the Department of Defense (“DOD”) are recognizing the impact of the eight percent rate of inflation on federal contractors. On September 9, 2022, DOD released a memo providing guidance to contracting officers “about the range of approaches available to them” to manage the effect of inflation on existing…

In 2010, the Army Corps of Engineers (“Government”) awarded Lodge Construction (“Lodge”) a fixed-price contract to rehabilitate a levee in Florida. To accommodate subsurface work, Lodge designed and constructed a temporary cofferdam based on a geotechnical site inspection and analysis furnished by the Government. The Government accepted Lodge’s final cofferdam design in July 2011. In March 2012, however, water breached two sections of the cofferdam’s sheet pile wall, after which the Government retroactively disapproved of Lodge’s cofferdam design. The Government requested that Lodge submit a new sheet pile design by May 29, 2012.
END_OF_DOCUMENT_TOKEN_TO_BE_REPLACED

The federal Miller Act requires government construction contracts over $100,000 to be bonded. This process involves insurance companies, known as “sureties,” who issue payment or performance bonds to contractors, who in turn furnish the required bonds to the federal government. The bonds guarantee that the contractor will comply with the terms of the contract and perform as required. Although the sureties do not interact directly with the federal government, a recent decision from the US District Court in DC suggests that sureties could face liability where the bonded contractor violates the civil False Claims Act (“FCA”), 31 U.S.C. § 3729. In Scollick ex rel. United States v. Narula, No. 1:14-CV-01339-RCL, 2022 WL 3020936 (D.D.C. July 29, 2022) the court held, under the facts of that case, that the sureties had no knowledge of the fraud allegedly committed by the bonded contractor, and thus did not violate the FCA. Although the sureties escaped in this instance, this case demonstrates the expansive reach of the FCA and puts the insurance industry on notice that they are not immune from FCA liability.
END_OF_DOCUMENT_TOKEN_TO_BE_REPLACED

A substantive compliance program can reduce the chances that…

The Port of Anchorage Intermodal Expansion Project was envisioned to be a $1 billion project that would replace outdated infrastructure at the Port of Alaska, but defective management, design, and construction derailed the Project. Seyfarth was tasked with prosecuting claims and recovering money spent by the Department of Transportation Maritime Administration (MARAD) for the… When contractors file claims against the government, they should make sure they are on solid ground to protect against government claims of fraud. Listen to the…

Notably, the Fourth Circuit adopted the US Supreme Court’s decision in Safeco Ins. Co. of Am. v. Burr, 551 U.S. 47 (2007) in holding that the scienter element of the FCA is subject to an “objective reasonableness” standard, where a defendant can defeat FCA liability by establishing that its interpretation of the applicable statute or regulation was objectively reasonable and that no authoritative guidance from a court or agency could have “warned defendant away” from that interpretation. Just last year, the Seventh Circuit adopted this standard in U.S. ex rel. Schutte v. SuperValu Inc., joining the Third, Eighth, Ninth, and DC Circuits in holding the same.

At issue in Sheldon was the reasonableness of Forest’s interpretation of the Rebate Statute in determining how it calculated certain discounts given to separate customers for purpose of reporting its “best price” to the government. The District Court dismissed the complaint on the basis that Forest’s reading of the Rebate Statute was “objectively reasonable,” there was no authoritative guidance to the contrary, and thus Forest did not act “knowingly” under the FCA. The Fourth Circuit affirmed.[2]…
END_OF_DOCUMENT_TOKEN_TO_BE_REPLACED Seyfarth partner Teddie Arnold is moderating the “Enhancing Small Business Ethics and Compliance Efforts” panel for the Defense Industry Initiative’s (DII) first quarter webinar on Thursday, March 24 at 1:00 p.m. Eastern. The program will include a discussion of ethics and compliance risks and opportunities for small and mid-sized businesses, with perspectives from industry, experts,…

In a recent decision, the Court of Appeals for the Federal Circuit held that FAR 52.212-4(l), the Termination for Convenience clause used in commercial items contracts, had no effect in a services contract—even though the services contract explicitly incorporated the clause. The case could have significant implications not just for services contracts that borrow commercial-items clauses, but also for contractors evaluating whether new clauses added into their contract (like clauses requiring COVID-19 vaccines) are operative.
END_OF_DOCUMENT_TOKEN_TO_BE_REPLACED 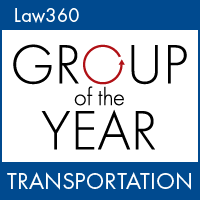